Legal Opinion: Scottish Government's response to the prosecution of serious sexual crime in times of Covid-19 ‘could be unlawful’

Rape Crisis Scotland has today released a legal opinion showing the Scottish Government’s response to the prosecution of serious sexual crime in times of Covid-19 ‘could be unlawful’.

In an extraordinary judgment today, Lord Carloway, the Lord Justice General, Scotland’s most senior judge has vehemently condemned the manner in which all of the lawyers, prosecution, defence and presiding Judge, treated a victim of serious sexual crime during the trial of her assailant, Gavin MacDonald, who was thirty years her senior. The judge explained that if the circumstances of this case were to be repeated the, “situation in sexual offences trials would be unsustainable”.

On Covid 19 and Courts - A Statement From Sandy Brindley

Rape Crisis Scotland welcomes the advances that are now being made to try and resume the business of the Scottish Courts, and in particular the steps now being taken to try to resume jury trials in Scotland. In this connection Rape Crisis welcomes the fact that the Justice Committee of the Scottish Parliament is to begin to hear evidence on this matter on 19 May 2020, and that Lord Justice Clerk’s Jury Trial Working Group had its first meeting on 14 May 2020.

Guide to the criminal justice system for survivors of sexual violence: updated 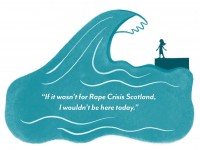 justice system for survivors of sexual violence, featuring key people that survivors will come into contact with during the justice process.

This includes a specially trained police officer, a rape crisis advocacy worker, a Procurator Fiscal, a defence lawyer, an advocate for the prosecution and a judge.

A judicially led review, chaired by the Lord Justice Clerk Lady Dorrian, will develop new proposals for how sexual offences are dealt with within the Scottish Criminal Justice System.

Today sees the publication of a new report, Overcoming Barriers to Public 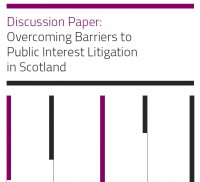 Interest Litigation in Scotland, which explores why there is a lack of strategic court action in Scotland and suggests recommendations to address this.

It suggests key barriers are: