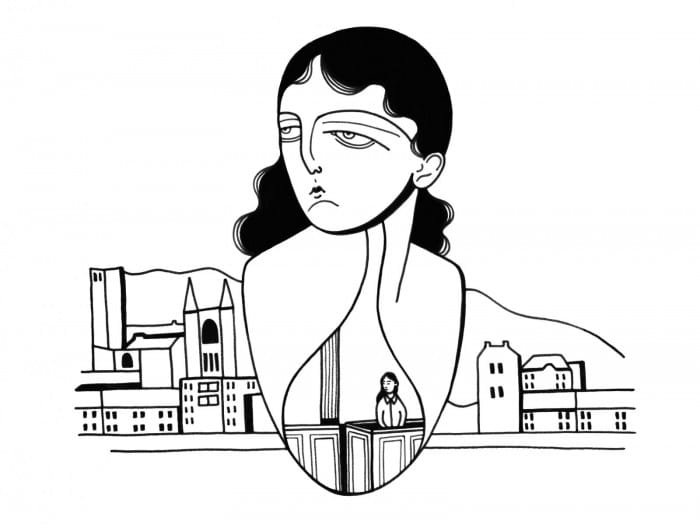 End Not Proven is a campaign being launched by Rape Crisis Scotland and Miss M, the woman at the centre of a civil rape case.

Following a not proven verdict in a criminal trial in 2015, Miss M successfully sued Stephen Coxen in the civil courts, in what was the first civil damages action for rape following an unsuccessful criminal prosecution in almost 100 years.

What is the not proven verdict?

Why should the not proven verdict be abolished?

What can I do to help?

Email us if you have been affected by the not proven verdict - notproven@rapecrisisscotland.org.uk. We want to hear from as many people as possible about your experiences - positive or negative - of this verdict.

Write to your MSP and ask them to consider supporting the removal of the not proven verdict.

What is the impact of the not proven verdict?

The following quotes from rape complainers demonstrate the impact of receiving a not proven verdict. 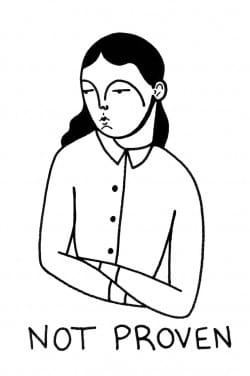 “I am Miss M. I am the woman who was raped by Stephen Coxen in 2013 and who has finally received justice after a long, complicated and difficult journey through the criminal and civil justice system. But it is not justice that motivated me to start this campaign to end the not proven verdict in Scotland, it was injustice.

Scotland is the only European nation to have a third verdict in criminal cases, ‘not proven’. The certainty we apply to guilty and not guilty does not apply to not proven. Clouded with ambiguity, some think not proven means that the sheriff or jury believe the accused is guilty, but don’t have enough evidence, and others aren’t so sure. It goes without saying that this uncertainty exists amongst juries as the general population, the very people who must make a decision and uphold the law. Nevertheless, the legal implications of not proven are the same as not guilty and the accused is acquitted and innocent in the eyes of the law. In amongst the uncertainty what we know for sure is that not proven is most commonly used in cases of rape and sexual violence.

I fear - as someone who received a not proven verdict and spent three long years fighting the Scottish legal system subsequently - is that the not proven verdict means that those who are raped are unfairly left without justice and those who rape face no consequence, no sanction for their actions. What message does this send to society?

Reporting rape is never going to be easy, but I shouldn’t have had to fight against the justice system in my pursuit for fairness. It didn’t have to be this difficult.

I am calling on the Scottish Government to give survivors a chance. There is no convincing argument to retain the outdated verdict, it’s time to scrap not proven for good.”

"It has been months since my abuser received a not proven verdict in court. The whole court process took 3 years - and now I feel I am the one left with a sentence.

They don’t prepare you for such an outcome so it takes months, possibly years to digest and understand. Questioning yourself day by day. If I had known or thought this would or could of happened then I would not have reported it and put myself through the strain and anxiety.

Does the jury know that he had the case adjourned twice before the actual trial with lies? Do they know what he put me through other than what was in my statement? No, that will stay and haunt me...

Not proven - not fair - no sense and a waste of the tax payers money!"

"I feel deeply affected by the not proven verdict I received.

"I have signs of PTSD and have bad anxiety from the incident that happened to me over two years ago, I feel like the court case has made me a thousand times worse, I always had faith in the criminal justice system and now I have no belief in it at all.

"The not proven verdict came as a blow and I felt I wasn't believed, the jury was 7/8 and I'm adamant that the 7 were a guilty verdict, I feel very let down by the courts and I just can't seem to understand why it was a not proven, there was forensic evidence.”

"I feel like the jury took the 'easy way out' as they only deliberated for a couple hours. I am all for the not proven verdict to be dropped because I believe if that wasn't an option it would have been a guilty verdict.”

"After three years of fighting the trauma of this attack and a four day trial my cases verdict was ‘not proven.’ It felt horrific, I have never been more let down by anything in my life. After all that pain to be told nothing will be done about it just made me regret reporting it in the first place. This is why more women don’t come forward."

"I’m essentially being believed about what happened but that there will be no consequences. Got the same consequences as a ‘not guilty’ verdict. I feel like I’ve wasted my time. Feeling not protected is a big thing, feels like I have to wait until he does something until the police protect me. He’s getting to live a life of not guilty even though the jury believed it happened but there just wasn’t forensic evidence."

"The not proven verdict makes victims feel they are not believed, I felt I wasn’t believed and I was absolutely devastated when I got that verdict. I really hope that this verdict gets removed as it’s like the abuser gets away with it."

"When I was raped, and I sat in that little room in the police station, trying to get my head around what was actually going on, what had happened, and frankly no words can sum up how I felt at that moment.

Years past, they felt like the longest days of my life, and somehow I turned myself into a warrior to face him in court, cause I didn’t want to show fear, I wanted to be strong, and prove that not all survivors are scared of their attacker. Although it looked as if I was strong on the outside, waving my right to a screen, on the inside I was in pieces. But after giving my evidence, being belittled by counsel, I was proud of myself for standing up to my attacker, and taking a stand for all people in the UK and the world who have been subject to such terror and horrific assaults.

My pride of power was shattered by the not proven verdict. I blamed myself, should I have shown more fear, am I being punished for showing strength?

‘Not Proven’ shouldn’t be an option for a jury, evidence is proof, survivors standing up to their attackers deserve to feel proud of themselves for showing strength, but to them feel as if the jury believe it did happen, but they aren’t 100% so we’ll take an easy route with not proven, that’s when a survivors courage is broken."

"The not proven verdict was given at appeal stage for me after the defendant had previously been found guilty. It's a cop out...leaves no sense of justice. It leaves survivors like me with no closure..a feeling of being disbelieved"

Complainer from a stalking trial

I will never be the same person I was before all of this happened, however I would have been able to rebuild my life a little faster if he was found guilty. I hope this verdict gets taken away and the we start getting the justice the we deserve.

So get rid of the not proven verdict as it's degrading, heartbreaking and they all laugh in our face because in my eyes they got away with their disgusting acts of abuse and as always told me "no one will believe you if you tell" that is exactly how it feels.

When the jury returned a "not proven" verdict I was crushed. My attacker completely twisted what happened and used smoke and mirror tactics to create enough doubt in the minds of the jury that I had consented. I feel sick just thinking about it. He raped another woman and this time was found guilty and sentenced to 6 years imprisonment. But he shouldn't even have been on the streets.

Having witnessed the discussion in the jury room, I strongly support the abolishment of "not proven", which left the issue unresolved and was distressing for many members of the jury, and undoubtedly more so for the complainers.

A majority of one went with a verdict of not proven. The rest of us said guilty. No one on the jury thought he was not guilty. Not one person. The case was devastating and a swift lesson in how little survivors are believed. How easily men are excused. Again, not one juror thought he was innocent. It was clear that it was more important to protect the perpetrator. The jury used not proven to this end. I can only imagine how awful this would have been for the survivors in the case.

Blog: 2.8 wasted years and grief that I will carry forever.

Who is supporting this campaign?

The campaign is supported by the following organisations: