For over 40 years, we’ve been at the forefront of campaigning against sexual violence. In that time, we’ve supported thousands of survivors, and our work on their behalf and alongside them has influenced important changes in attitudes and laws. From the earliest collectives to our more formalised modern network, survivors’ needs and voices have always been at the heart of Rape Crisis in Scotland.

Rape Crisis Scotland is the lead organisation in Scotland working to eliminate sexual violence, and to support survivors. Our reputation comes from an expertise gained through almost 5 decades of working with survivors and responding to their needs.

From a handful of women who wanted to “do something”, we are now represented on a wide range of groups such as the Scottish Government’s Joint Strategic Board on Violence against Women and Girls, the Victims’ Task Force, the Chief Medical Officer’s Task Force for the improvement of services for adults and children who have experienced rape and sexual assault, the National Steering Group on Trauma Training, and the Crown Office and Procurator Fiscal Service Expert Group on Sexual Offences. We have also been represented on advisory groups for the Scottish Law Commission and Crown Office reviews of rape and sexual offences. 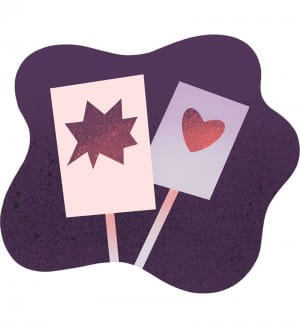 We play a vital role in campaigning and working towards effective responses to sexual violence, often taking an innovative approach through pioneering new initiatives.

Key milestones have included setting up a National Helpline in 2007, establishment of a National Sexual Violence Prevention Programme in 2012, and a National Advocacy Project in 2016. The Survivor Reference Group which began in 2019 created a direct and vital conduit between the voices and experiences of survivors, and our work to improve responses and push for vital change on their behalf. 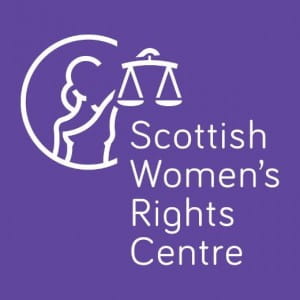 In 2015 we were instrumental in setting up the Scottish Women’s Rights Centre, a unique collaborative project which provides free legal advice to survivors of gender-based violence and aims to improve women’s legal rights through strategic litigation. 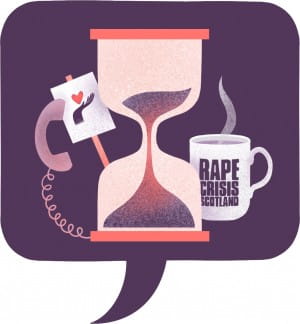 In 2009, we marked the first 15 years of Rape Crisis in Scotland by publishing Woman to Woman, An Oral History of Rape Crisis in Scotland 1976-1991. This publication emerged from a project which recorded the experiences of over 30 women who were involved in setting up the first rape crisis centres in different parts of Scotland. We owe a huge debt to their incredible efforts in the face of so many social and financial challenges. Thanks to their passion and commitment and the solid feminist foundation they created, our work continues to go from strength to strength today.

Our Oral History project is now in its second phase.

In 2018 our Chief Executive Sandy Brindley was awarded an Honorary Doctorate by Glasgow University in recognition of the work she and Rape Crisis Scotland have undertaken to support survivors and end sexual violence. Beyond the personal distinction marked by this honour, the award was indicative of the growing profile of the Rape Crisis movement in Scotland, and of increasing awareness of the prevalence of sexual violence, its drivers and its impact on survivors and on others affected by this devastating crime.