This is not an invitation to rape me 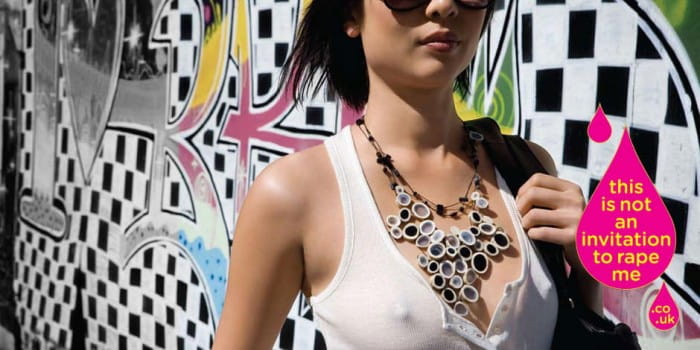 It built on a successful American campaign which we adapted after comprehensive testing through focus groups and an online survey.

We launched the campaign with outdoor advertising on billboards and bus shelters together with a campaign pack; press and cinema and washroom advertising; displays in hospitals and images on the back of bus tickets.

Visit the campaign site at www.thisisnotaninvitationtorapeme.co.uk

You can see a report on the testing process the campaign went through before it was launched here and the final evaluation report for the campaign here.