Skip to menu Skip to content
Home Web safety Accessibility Find a service near you
Support us Members’ area
Click here or press the Escape key to leave this site now
08088 01 03 02
Phone the free Rape Crisis Scotland Helpline
Every day, 6pm to midnight
Home|Blog|Trumping the patriarchy: a new take on #MeToo

Trumping the patriarchy: a new take on #MeToo

We were proud to be represented at the recent #DumpTrump rally in Glasgow by our Training & Volunteer Coordinator Mridul Wadhwa, whose perspective and words of inspiration are published below... 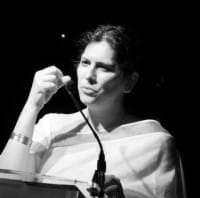 "When I told my son Zhen: 7, brown, migrant parents, loves his mother, a trans woman - that Donald Trump is coming to Scotland, he said 'Take cover!' Why wouldn’t he? But we aren’t going to, are we? For his sake, for my sake and the sake of women and all survivors of sexual violence, we must protest.
[Picture credit: KaleidoScot]

While Trump might be easy to identify as a misogynist (even a 7 year old boy can do it), he really is the representative of a global problem that we have with sexual abusers of women, children, trans and non binary people, occupying positions of power. We consistently as a society forgive their transgressions - electing, nominating, promoting them into positions of power in spite of their violence. Forgiven, forgotten, and ignored, they thrive in our parliaments, councils, public services, our work places, our homes. They are empowered by a system and society that elects a Trump to power, allowing themselves to enjoy the freedoms that the patriarchy brings them.

Trump's loud mouthed, shameless body shaming and victim blaming is condemned with such ease but yet whispered continuously and loudly into the ears, minds and souls of survivors of sexual violence in our society; and continues to inhibit them.

While those who perpetrate violence argue about their right to keep their names clean, stating “if it’s true go report it”, “prove me guilty”, “where is the evidence to show that I did it?", their crimes are forgotten, ignored while they are elected to power: elected, appointed, empowered to take away our rights as women, trans people, migrants, people of colour, people of faith, disabled people, Lesbian women, gay men, bisexual and intersex people.

It is no wonder then that #MeToo was heard so loud in this misogynistic political environment. But you know what? There has been a Me Too movement for a very very long time. For the last 40 years, Rape Crisis Scotland: a survivor led movement, has worked hard with our friends, supporters and elected officials to undermine the systems that seek to silence us. The landscape may have changed - survivors know that there are more and many of us who believe them, support them, want better for them. But the system, the system is still equipped to silence them, our justice system is still informed by the misogyny of our social history. We need to change it more quickly than we can empower those of the like of Trump with our silence, our excuses for their behaviour, our need for evidence.

So here is another version of #MeToo to consider: Survivors have done their stuff by coming out bravely, valiantly, courageously for decades to make the world better for them and those who come after them.