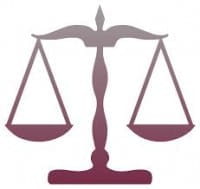 A landmark case in July saw a woman challenge and successfully overturn an element of legislation relating to Criminal Injuries Compensation, which had previously barred victims of a crime from claiming compensation if they had lived under the same roof with the perpetrator of that crime prior to 1979. In the case of JT, the challenger in the case in July, this meant that in spite of the years of sexual abuse she suffered at the hands of her stepfather, she was not entitled to claim compensation until the ruling, because, in spite of the fact that as a child she had no control over the matter, she lived in the same house as her abuser. The UK government is not appealing against the decision, and will introduce secondary legislation to abolish the rule.

Although the ‘same-roof’ rule, which was originally introduced in 1979, was amended in 2012 to allow victims of domestic crimes to make claims, this was not applied retrospectively for fear that it would lead to the number of claims increasing.

This in itself speaks to a willingness on the part of the scheme to date to ignore the needs and rights of some of its most vulnerable potential claimants, and in a move seen by some as an acknowledgement of that failing, the July decision found the ‘same roof’ stipulation, to be incompatible with human rights legislation.

This has been by no means the only injustice or anomaly perpetuated & reinforced by CICA rules: it is still the case that someone with a criminal record can be deemed ineligible to make a claim, creating the paradoxical situation wherein someone committing a crime as a result of a head injury received as a result of a crime could be unable to claim compensation for that injury - or, for example, a young person acting out as a result of abuse they’ve experienced could then be denied compensation for that abuse. In these respects it is clear that the very system set up to support and compensate people against whom crimes have been perpetrated is not only failing to do this, but is in some ways compounding the sometimes devastating impact of those crimes. This is an area of legislation which is not devolved and needs to change, so today’s announcement of a review is a welcome development.

Survivors of sexual violence have already endured a great deal, and continue to face many barriers to justice, both in terms of public attitudes, and in aspects of the criminal justice process. That this should be further compounded by aspects of the Criminal Injuries Compensation Scheme has long been a matter of concern to survivors and to us at Rape Crisis Scotland on their behalf.

You can see details of the current conditions attached to applications for Criminal Injuries Compensation in this Guide.