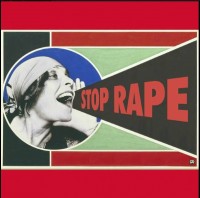 primary focus and central purpose is supporting survivors, yet some recent commentary, particularly online, has made this seem like an opportune moment to do just that.

For while we run a national helpline to offer support to anyone affected by sexual violence (to talk through with them the many painful struggles that can follow this experience, help them identify options for moving forward and, if they want to, take action or seek other practical assistance) our remit and what ‘supporting survivors’ actually means, extends well beyond a front-facing service for those in crisis and their friends and families.

‘Supporting survivors’ also means campaigning for change in their interests, to help them get proper access to the justice for what has happened to them, and to prevent survivors being further harmed or deterred from speaking out. It means challenging directly and campaigning to change societal structures, processes, and institutions which can act as barriers to people who have experienced sexual violence when they seek redress or justice – barriers which can all too often seriously compound the impact of that violence and make things very much worse.

What this means for Rape Crisis Scotland is that in our role as campaigners to effect systemic changes of this kind, we can find ourselves on occasion in conflict with powerful and influential organisations and individuals whose actions or systems we see as potentially harmful. Sometimes this means challenging a political party or its representatives, a funder, or a statutory organisation with whom we may have worked in partnership. It means on occasion taking risks, possibly damaging relationships or laying ourselves and our motives open to misinterpretation – or misrepresentation. It means making a judgement call, and concluding periodically that the risk to survivors from the organisation or individual we want to challenge is such that any collateral impact this might cause in terms of damaging a relationship or the public perception of RCS as an organisation is a risk worth taking – because it is the interests of survivors of sexual violence that is paramount.

Our stand against the recent Crown Office policy change which could have seen rape complainers who decided to withdraw from the process forced to give evidence was just such a moment - yet it was the only position our responsibility to rape complainers made possible. It was a ‘no brainer’ – it made, and still does make sense. Our support for the woman who took a civil case against the Scottish Government’s stance against granting legal aid to individuals wanting to challenge their medical records being sought as part of a domestic abuse case was another such case.

We owe it to survivors now, and at all times, to put their interests before all other concerns, and to fight to make justice – and the processes that lead to it – a realistic prospect without compounding harm already done.

Our public criticism of the Scottish Conservatives last week as we supported a woman who wanted to make a complaint of sexual harassment against an MSP was not a political action – it was a step we deemed necessary to highlight an intimidating and inappropriate process. The political party was immaterial: we would have challenged any other party, organisation or individual in the same way.

Sexual violence: highlighting its realities, its impact and the painful journeys that so many people who have experienced its many manifestations must endure to speak out - whether it’s to make a complaint or simply to receive some support - is every bit as important as the direct support work we do. We need to create a culture where anyone affected by sexual violence feels able to speak about or report what has happened to them, and receive an appropriate response if they do.

When we talk about 'rape crisis' people frequently misunderstand what we mean - the term does not refer to any individual crisis someone experiences following rape or abuse, but to the crisis facing our society - where rape is so prevalent - and both public attitudes and institutions still fail so often to respond appropriately to the needs of survivors. This is what we at Rape Crisis Scotland campaign every day to change.