Skip to menu Skip to content
Home Web safety Accessibility Find a service near you
Support us Members’ area
Click here or press the Escape key to leave this site now
08088 01 03 02
Phone the free Rape Crisis Scotland Helpline
Every day, 6pm to midnight
Home|Blog|Coercing reluctant witnesses - who's really at risk? 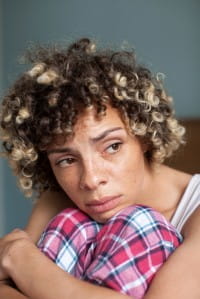 devastating crime, and the chance to receive justice for what happened is certainly one of them.

What they do not need is for the devastation they have already experienced to be compounded by the very system which is supposed to protect them.

What the rape complainer’s search for justice means in reality can be a very different to what many survivors (and the wider public) envisage – as they find to their cost when they embark on what can be a lengthy and sometimes tortuous process – only to receive nothing that resembles justice at the end of it. The route to justice for rape is punctuated by many barriers, and the impact of these, whether singly or cumulatively, in addition to the ongoing impact of the crime itself, means that many complainers feel that they cannot continue with a case, and need – either for their health, through fear of the process itself – or for many other good and valid reasons – that they simply cannot go on, and would rather put the search for justice aside in favour of their mental health, or simply because the pain the process itself can [Image © Laura Dodsworth] cause is simply not worth the odds of a guilty verdict, which, according to the latest available statistics, are low – and falling.

For some the decision to withdraw is a conscious one – but for others, no such decision-making is necessary – it is, quite simply, a question of survival. To put it brutally, some aspects of the experience of seeking justice for rape have been described by complainers as being as bad as the rape itself; the system itself can be a traumatic experience for many who engage with it. In this context it is easy to see why the sort of support now offered by Rape Crisis Scotland’s National Advocacy Project to support people during the process has been described as ‘life-saving’ - navigating the justice process alone is more than many feel able to cope with.

At Rape Crisis Scotland we have supported many survivors over the years as they have grappled with what it means to pursue justice for rape and see the person who assaulted them held accountable. Rape trials are frequently delayed and rescheduled, meaning that complainers, having steeled themselves to give evidence must then face instead the prospect of yet another, possibly lengthy period of uncertainty and delay. Their medical and other personal records may be sought for perusal as possible evidence. The requirement for corroboration (two separate sources for every piece of evidence) which is unique to Scottish law is a significant (and is in fact the most commonly-cited) barrier to cases proceeding. And when a case does proceed, the crucible the court can become in the course of a rape trial in an adversarial system such as ours can be the locus in which public demonstrations of stereotypes and prejudices are played out with one person very much at the centre of proceedings – and of scrutiny and judgement – the complainer. Many complainers have said that they feel as though it is they who are on trial, and in this context it is not hard to see why.

And having endured all of this, as statistics published less than a fortnight ago demonstrate, the disturbing truth is that all of this is unlikely to result in a conviction in any case: of 251 cases of rape & attempted rape that were prosecuted last year, only 98 resulted in a conviction. This is quite aside from the fact that the number of rapes reported in the same year was 1878, an astonishing figure, revealing an alarming rate of attrition. Attempts to explain and defend this week’s shift in Crown Office policy which means that complainers can now be forced to continue with a case and give evidence cited ‘human rights’ and ‘public interest’ as justification. But what kinds of ‘human rights’ are these when we are talking about forcing people who have already experienced trauma and violence to endure a process that some complainers have described as ‘degrading’ and ‘terrifying’? To show exactly what that can sometimes mean, we do not have to look any further than the following statement which was issued in 2015 not by a complainer, but by Lord Carloway, the most senior judge in Scotland, in the course of a judgement he made on an appeal against a conviction for rape and other sexual offences. Even if the picture he paints here is exceptional, it is easy to understand that even as an outside prospect, the possibility is horrific..

“The examination lasted for many hours and must have been what can only be described as a substantial ordeal for the complainer. From the outset of cross-examination, she was subjected not just to in depth questioning testing the veracity of her testimony, but to direct insults of her general character as, for example, being a “wicked, deceitful, malicious, vindictive liar”. The cross-examination itself then lasted for hours. It was conducted in a manner apparently calculated to break the will of the witness, which at times it undoubtedly did.”**

Improvements have been made in recent years to some areas of response to rape survivors, but in terms of the criminal justice system, the pace of change has been slow. The decision announced by the Crown Office this week is without doubt a retrograde step which threatens to exert a chilling effect on the already limited willingness of survivors to report, and will inevitably thereby further immobilise the justice process for rape complainers, reducing their prospects of justice even further.

**OPINION OF LORD CARLOWAY, the Lord Justice Clerk, in appeal against conviction by Duncan William Begg or Dreghorn, 2015