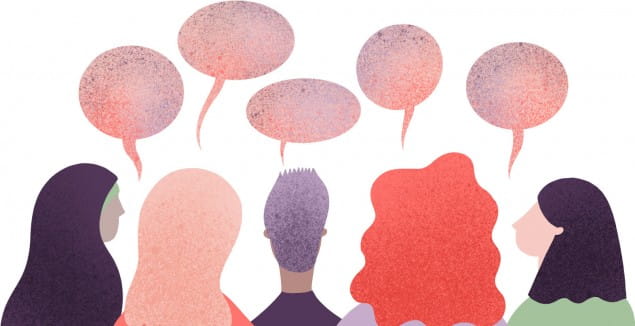 Early in 2018, Willow (not her real name) found the courage to leave her abusive partner of 12 years. It wasn’t the first time she’d left – and it wasn’t easy – but this time she knew it was for good.

After she left, at first they were on relatively good terms. They would text to coordinate pick up and drop off times, meet up to do handovers, and generally try to keep everything as normal as possible for the sake of the children.

As time passed, and it dawned on him that this time she wasn’t going back, his mood shifted, and everything changed.

“I knew him inside out,” Willow tells me. “I knew what he was capable of.”

When she told the Police that she was worried because his pattern of behaviour had changed they listened, but no action could be taken. Just days later, as she was lying asleep on her sofa, he raped her, while the kids slept upstairs.

She woke up midway through the attack and froze, a common response to rape.

“It felt like it lasted an eternity. When he got up he wiped himself, looked at his phone and said ‘oh, my bus is due in three minutes’, and that was it.”

“I was in shock. He assaulted me in every way possible throughout our relationship, but this was different, and I still don’t understand why this had such an impact when it wasn’t any different to what he’d done before.”

It was her best friend who took her to the chemist for the morning after pill the next day, and then to the Police station. Struggling to find the words, she was given a pen and paper, and wrote down:

“My ex-partner sexually assaulted me. I need to report it.”

From there it was a whirlwind of interviews, swabs, and samples. Overstretched services meant a wait of almost two days for her forensic medical examination. During these two already horrific days, she wasn’t allowed to shower, wash or brush her teeth in case it compromised evidence.

“I was in the same underwear as when I’d reported. You are already feeling dirty, even if I’d scrubbed myself within an inch of my body after it happened I’d still have felt dirty, but you were literally not allowed to wash.”

Her decision to report meant that her house was now a crime scene she wasn’t allowed to enter, she had no access to her clothes and her phone was taken for the investigation. Willow spent hours giving evidence. In the rare times she was left alone she would self-harm to ease the mental anguish. Her ex-partner was arrested and released on bail. Then silence fell.

Anxious to know what was happening, Willow would make contact with the Police regularly and ask for updates. She was assured it was all in hand until one day a blunt email arrived in her inbox saying there was not enough evidence to charge him, “No explanation, no phone call, nothing.”

Reflecting on what had made her walk into the Police station with her best friend to report her ex-partner, Willow spoke about her desire for safety for herself and her children.

“I knew something was going to happen, I thought he was just going to beat me. And to be honest I’d have rather that because at least then I’d have had the chance to prove it. I just wanted security, not just for me but for the kids. I wanted protection, to be safe.”

When her case was dropped Willow’s mental health took a turn for the worse. As she battled suicidal thoughts, her trust in the police and in justice crumbled.

“It’s hard enough speaking about it but then not to be believed; it’s horrendous.”

“I started to doubt myself. Although when I close my eyes I can still see it happening, I thought I must have made it up in my head. I thought‘I am the worst person’,‘Why have I wasted everyone’s time?’ I was ready to give up. The tremendous work of Rape Crisis and the worker I had at that point pulled me out of an extremely dark hole.”

Willow did everything exactly as the Police and Justice systems recommend. She told them about her concerns for her safety before the attack. She reported the crime the day after. She underwent the forensic examination. She gave up access to her house and her phone to help the investigation. She wanted to protect herself and her children.

When she first reported her fears, the Police could do nothing. When she reported her rape, she endured a wait of two days after the rape before she was allowed to even wash. She had to keep asking the Police for updates. Finally, by email, she was given the news that despite all she had done, the man who had raped her would walk free.

A shorter version of this interview was first published in the Daily Record on 25.09.19 and can be read here.

For support and information related to sexual violence, our helpline is open every day from 6pm - midnight on 08088 01 03 02.