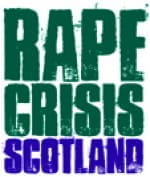 A key legal judgement has been issued today which improves the protection of complainers’ human rights within the Scottish justice system.  Rape Crisis Scotland is calling on the Scottish Government to put processes in place to ensure that complainers are informed of their rights to oppose applications for their medical or other sensitive records.

Rape Crisis Scotland welcomes Lord Glennie's decision to strike down the decision of Scottish Ministers to refuse legal aid to a complainer to enable her to oppose the recovery of her personal records.

Scottish Ministers refused the application for legal aid on the basis that they did not consider that the complainer had any right to appear at any hearing where a decision was made about whether the defence could have access to her records.

The complainer in this case was served with legal papers saying her alleged abuser wanted access to all her medical and psychiatric records, but was informed that - unlike in England and Wales - there is no provision in Scotland for legal aid to be granted to enable her to oppose this.  She then applied to Scottish Ministers, who have the discretion to grant legal aid, but they refused to make legal aid available.  This decision has now been overturned at judicial review.

The important points to be taken from Lord Glennie’s decision are:

1.  A complainer has a right to be told when the person she has accused of assault makes application for her records.

2.  In that event, she now has a right to be heard on that application

3.  That will entitle complainers to apply for legal aid now to be represented at any hearing on the opposed application.

"This is a very significant step in improving the protection of complainers' article 8 right to privacy within the Scottish justice system".

"Rape Crisis Scotland has serious concerns about the use of complainers' medical records in sexual offence trials.  Frequently these records are being sought to look for mental health issues.  Many complainers experience attempts to access their private records as a significant violation of their privacy which adds considerably to the stress and upset of their interaction with the criminal justice system. The prospect of having their personal or private lives subject to scrutiny acts as a direct deterrent to complainers reporting what has happened to them to the police.  Where they do report it, it can add considerably to the trauma and sense of violation experienced by them".

"How can it be right that someone is served with legal papers saying their abuser wants to see their medical records but is given no access to legal aid to enable them to oppose it?  We consider this to be a serious breach of human rights. This is why we intervened in support of the petitioner in this judicial review."

"We urge Scottish Ministers to take note of Lord Glennie's emphasis on the need for complainers to have their ECHR rights protected effectively. The Scottish Government must put in place clear rules governing access to medical or other sensitive records.  A complainer must be told when an application is made for her records, and informed that she has a right to oppose this, to seek legal advice and be represented at any hearing where this is decided on.  This process should apply irrespective of whether it is the Crown or the Defence who wish to access her records. Legal aid should automatically be made available to complainers in these circumstances, on a non means tested basis."

"The Scottish Government has a strong track record in addressing violence against women but on this issue we consider that they have taken the wrong approach.  No other woman should have to go through what the petitioner in this case has been through, just to have her views heard on such a fundamental breach of her privacy.

For any further information  please contact Sandy Brindley at Rape Crisis Scotland on 07764167501 or email sandy.brindley@rapecrisisscotland.org.uk

A case study of a woman’s experience of her medical records being used during her rape trial is available on request.