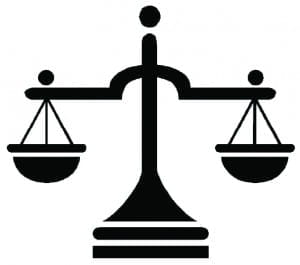 In the recent case of Jamal v HM Advocate [2019] HCJAC 22, the High Court decided that an allegation of sexual assault could corroborate an allegation of rape despite the fact that only the rape charge involved an allegation of penetration. This is an important decision which may reduce the extent to which the corroboration requirement is a barrier to bringing prosecutions for rape in some cases.

As with many sexual assault charges, the requirement of corroboration was crucial. The rule of law referred to as the Moorov doctrine, or the principle of “mutual corroboration”, can allow allegations made by two or more complainers in a trial to corroborate each other. For this rule to operate, it must be proven that the allegations are, as a textbook puts it, “so interrelated by character, circumstances and time as to justify an inference that they are parts of a course of criminal conduct systematically pursued by the accused” (Walkers on Evidence, 4th edn (2015) para 5.10.1).

Jamal’s appeal was based on a simple argument. The allegations against him, it was said, were not sufficiently similar for mutual corroboration to apply. Only one of the offences (the charge of rape) involved an allegation of penetration. There was therefore no evidence which could be relied upon to corroborate the claim of penetration, and so the conviction for rape could not be upheld.

The appeal court rejected this argument. In an opinion delivered by Scotland’s most senior judge, Lord Carloway, the court repeated a point often made before: the “fundamental issue is whether the evidence demonstrates a course of conduct systematically pursued” (para 21). This is not a point which is decided simply by looking at the name of the crimes charged.

The court pointed to a range of similarities in the allegations made by CQ and KL. Both were much younger than Jamal, who had met them on an internet dating website and claimed to be much younger than he was. He had used a similar pretext (viewing ornamental fish) to persuade them to enter his bedroom. The way in which he was alleged to have behaved after that was similar, even if this had culminated in a more serious offence in one instance than the other. It was open to the jury to hold that the evidence demonstrated “a course of conduct systematically pursued”, and the appeal was refused.

The decision in Jamal highlights a range of issues which are relevant to the operation of corroboration and its future. First,in some respects, the decision is unsurprising. The High Court has repeatedly emphasised that allegations of crimes do not need to be identical to be mutually corroborative (a useful restatement of principles can be found at para 12 of Lady Paton’s opinion in JGC v HM Advocate [2017] HCJAC 83). The Jamal court did not need to overrule any previous decisions to refuse the appeal. That said, the decision can be seen as emphasising a trend in recent years away from a more technical approach to corroboration, whereby cases are prevented from going to a jury, to one which leaves it up to the jury to decide whether the allegations against the accused are connected in the way which the law requires.

Secondly, it may be that the court will broaden the operation of mutual corroboration still further in the future. In Reilly v HM Advocate [2017] HCJAC 5, the Crown sought to argue that a series of allegations of physical and sexual assaults should be regarded as mutually corroborative, on the basis that they were a single campaign of domestic abuse. The court rejected that argument, but partly because of the significant time gap between the various allegations, saying that the extent to which physical and sexual assaults could be mutually corroborative “remains uncertain”. It is not difficult to see how the High Court may have to decide this issue at some future date.

Thirdly, the Jamal court takes the opportunity to make it clear that corroboration of penetration does not require scientific or medical evidence. This is a broader point than the issue of mutual corroboration, and should avoid any mistaken view that scientific or medical evidence is somehow essential to prove this point in a rape case. The court gives (at para 20) the example of evidence of “dishevelment or loss of clothing” as being something which, in the circumstances of an individual case, might corroborate the complainer’s own testimony of penetration.

Fourthly, in explaining that a broad range of evidence can corroborate penetration, the court seems to cast some doubt on the decision in Smith v Lees 1997 JC 73. That case held that evidence of a complainer’s distress could corroborate her statement that she did not consent to what happened, but not the fact of sexual penetration. But if evidence of dishevelment or loss of clothing can corroborate the fact of sexual penetration, why can evidence of distress not have the same effect? The court accepts “for present purposes” that the decision in Smith v Lees was correct, but suggests that distress might “at least” be regarded as corroborative if taken with other circumstances. Criticism of Smith v Lees is not new: Lord Hope, when still a Supreme Court judge, gave a public lecture in 2009 arguing [page 11] that “it might perhaps be said” that “the law forgets the victim if it will not accept evidence of her distressed condition by persons who observed her afterwards as being the best that the circumstances will admit to confirm what she said had been done to her”.

Fifthly, the decision is not the only recent case which may reduce the extent to which corroboration is a barrier to bringing prosecutions. Another case earlier this year, HM Advocate v Taylor [2019] HCJAC 2, involved allegations by one complainer that the accused (a neighbour) had exposed himself to her from windows of his home on four occasions. One of those occasions was witnessed by her partner. The High Court (overturning the Sheriff Appeal Court) held that the doctrine of mutual corroboration could apply, allowing Taylor to be convicted in respect of all four occasions. Although mutual corroboration cases have typically involved multiple complainers, there is – according to the court – no reason why this must be the case, and this decision has the potential to be of particular importance in prosecuting allegations of domestic abuse.

Finally, all this emphasises the extent to which the law of corroboration can be a complex and frustrating topic. What seems at first to be a straightforward principle – that no-one can be convicted of a criminal offence without there being at least two sources of evidence in respect of each element of the crime – inevitably requires fine distinctions and judgment calls to be made which are reflected in the ever-growing body of case law from the courts. In Jamal, Lord Carloway takes the opportunity to highlight the frustrations that may arise, suggesting (at para 18) that it is “strange and anomalous” to have a case where a complainer has given evidence of penetration but that only a conviction of attempted rape is available. He does not discuss this example further, but such a case might happen, for example, where the accused admits sexual contact, but denies it went as far as penetration, so that there is clear corroboration of some contact but not of the specific allegation of penetration.

The possibility of the corroboration requirement being abolished remains on the political agenda, but following political controversy it was put on hold by the government in 2014. This was first so that Lord Bonomy’s Post-Corroboration Safeguards Review could be carried out and then so that a programme of jury research recommended by that Review could be completed. That research will be published later in 2019, but it is not research into corroboration or which could answer the question of whether corroboration should remain; instead, it will provide data which can inform the government’s decision on whether to reform a range of aspects of the criminal justice system. The government will therefore need time to consider the future of corroboration (and other aspects of the criminal justice system) after the report is published.

Even if corroboration’s days are numbered – and they may not be – it will therefore remain part of our criminal justice system for some time yet, and the decision in Jamal illustrates how significant the decisions of the courts will continue to be in developing the rule.

(I am grateful to Fiona Leverick for her comments on a draft of this blog post.)