Skip to menu Skip to content
Home Web safety Accessibility Find a service near you
Support us Members’ area
Click here or press the Escape key to leave this site now
08088 01 03 02
Phone the free Rape Crisis Scotland Helpline
Every day, 6pm to midnight
Home|Campaigns & Projects|This is not an invitation to rape me

This is not an invitation to rape me 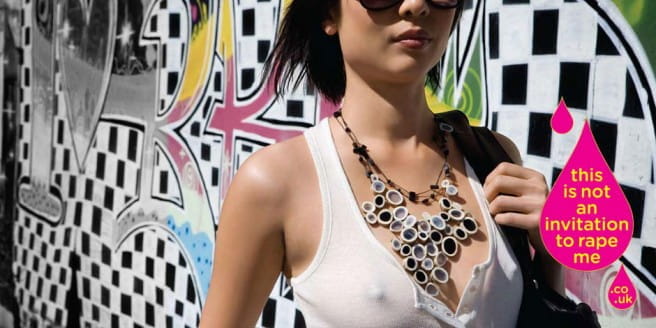 It built on a successful American campaign which we adapted after comprehensive testing through focus groups and an online survey.

We launched the campaign with outdoor advertising on billboards and bus shelters together with a campaign pack; press and cinema and washroom advertising; displays in hospitals and images on the back of bus tickets.

Visit the campaign site at www.thisisnotaninvitationtorapeme.co.uk