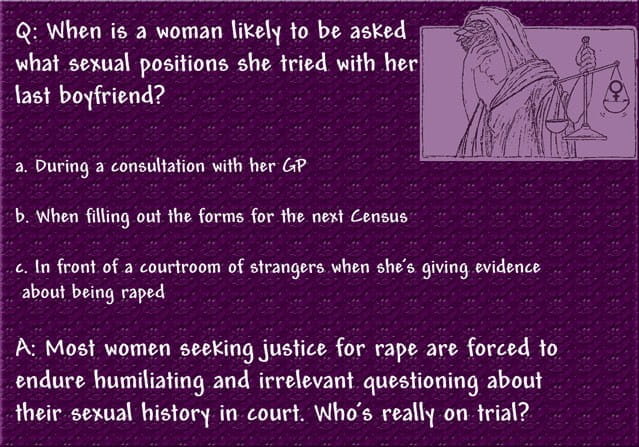 This postcard campaign protested that the law is failing to protect women from questioning about their sexual history and character.

Research published by the Scottish Government in 2007 revealed a worrying increase in the level of questioning on sexual history and character which complainers of rape and sexual offences have to face in court. The Sexual Offences (Procedure and Evidence) (Scotland ) Act 2002 attempted to tighten restrictions on using such evidence. The research found applications to introduce such evidence in 72 percent of cases, with only seven percent of applications rejected by the Crown.